Not a member? Request an application today. 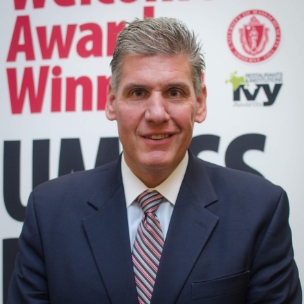 I was delighted to accept the opportunity to lead the UMass Club in February of 2016. I look forward to bringing the same level of award-winning atmosphere and service that I helped bring to the UMass Amherst Dining program where I was a senior manager since 2004. Most recently, as Director of Retail Dining, I was responsible for 32 retail food outlets; campus-wide catering; concessions; the University Club; and supervision of the $19.5 million renovation project and grand-re-opening of the nationally acclaimed Blue Wall Eatery in the Murray D. Lincoln Campus Center. I hold an undergraduate degree in Food Service Management from Johnson and Wales University, and an MBA from the Isenberg School of Management (UMass Amherst, 2009). While not working at the Club, I enjoy spending time with my wife Sara, and my two teenage sons, Davis and Andrew. I am excited to be here on the management team here at the Club as Controller. Originally from the Boston area, I earned by bachelor’s degree in business management. After working in corporate accounting in Boston, I relocated to Aspen Colorado where I pursued work in resort and hospitality accounting joining the Aspen Square Hotel, and on the Opening Team of Dancing Bear Aspen, a private HOA Club. After twelve years in Colorado, I returned to New England and landed on Nantucket Island. There I was on the Management team in Accounting for Nantucket Island Resorts for six years. I am so thrilled to be back home in the amazing City of Boston. When I am not working, I enjoy visiting Aspen and Nantucket. I currently reside in the Beacon Hill Neighborhood of Boston. We are excited to announce our new Executive Chef at The University of Massachusetts Club, Chef Damian Zedower, CEC. Chef Zedower comes with a vast resume and experience. He is a Five Star – Five Diamond hotel veteran and distinguished Platinum Club of America member. Chef Zedower is elated to be part of the team at the UMass Club! Chef Zedower began his culinary career working in several of New York City's hottest restaurants and after graduating from the Culinary Institute of America in Hyde Park, New York, Chef Zedower set his sights on Boston.

In Boston, Chef Zedower worked for Chef/Owner, Frank McClelland at L'Espalier and following his trend for working with great chefs and luxury establishments, he went on to work at the Boston Harbor Hotel with Executive Chef, Daniel Bruce. After further honing his culinary skills, Chef Zedower moved west to San Diego and worked for the La Jolla Beach & Tennis Club with Celebrity Chef, Bernard Gillas. As a smart man always does, Chef Zedower followed his wife's advice and joined the Four Seasons family as opening Chef of the Four Seasons Residence Club Aviara, subsequently opening the Four Seasons Jackson Hole and then moving on to the Four Seasons Palm Beach.

Chef Zedower had a desire to be back in Boston and sticking with his trend of working with the best in the business, he had the honor of opening the Mandarin Oriental Boston as the Executive Sous Chef, working under Michelin Star Chef Nicolas Boutin. Soon after, Chef Zedower was asked to lead the Mandarin Oriental Boston culinary team after Chef Nicolas departed. Chef Zedower and his team worked hard and within a small amount of time achieved the Forbes Four Star Restaurant rating at Asana, making the Hotel the place to book any/all catering events. Chef Zedower's other executive chef positions include the Amangani Resort Jackson Hole, the Beacon Grille in Woburn, MA, both Downtown & Back Bay Harvard Club Boston locations, and he runs his own personal culinary business throughout New England.

Having grown up in an Italian family, food is a very important part of Chef Zedower's life. His fondest memories of his childhood were cooking the Sunday family feasts with his Grandmother and Aunt. Chef Zedower, now loves cooking for his own family led by his supportive wife Tarrah and his two hard working Sous Chef's Callie, age 10 and Caden, age 7. 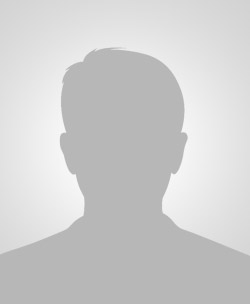 I began working at the UMass Club in 2006. With each passing year I have been able to acquire experiences that helped nurture my passion for cooking. Being able to work hand in hand with the many talented Executive Chefs at the UMass Club has allowed me to step into my current role as Sous Chef of the Club. 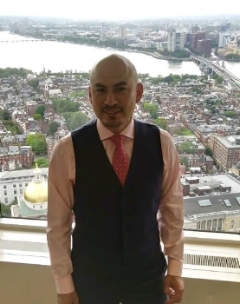 My love for the hospitality world began at the early age of 16 working for local catering companies in my hometown of Los Angeles. Those early years sparked a passion that I still have to this day, which I strive to bring to the UMass Club on a daily basis. Before accepting the role as Food and Beverage Director, I worked as the Assistant Food and Beverage Director at the Boston College Club and as the Banquet Manager at the Oakley Country Club of Watertown. I was also lucky enough to be part of the very talented Management Team at the Intercontinental Boston Hotel that was largely responsible for raising the F&B Department to a 4 Star standing in the Forbes Travel Guide for 2015. My past experience was invaluable for my growth as a leader and taught me a lot about what it takes to run a team and to keep operations running smoothly. I am very excited to bring my love for the hospitality world to the UMass Club and look forward to connecting with new and current members. The next time you find yourself at our beautiful club please don’t hesitate to say hello. 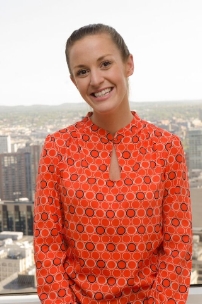 I began working at The UMass Club back in 2008 while earning a BA in Communications from Emmanuel College. In 2014 I left my role as Membership Director and transitioned into private events when I accepted a position at Spring Valley Country Club. Two years later, I am excited to have returned to The University of Massachusetts Club as Private Events Director. I look forward to reconnecting with our Membership and am thrilled to be booking events at the best new space in town! 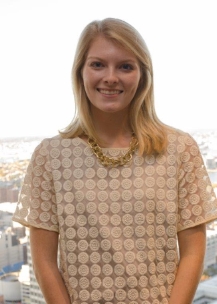 As a 2016 graduate of UMass Amherst, I am thrilled to have the opportunity to work at the UMass Club. During my college years, I entered the Hospitality industry working at the Wianno Club in Osterville, MA. I participated in a Food and Beverage internship, and worked my way up to a supervisory position. After graduation, I accepted a position at Charlotte Country Club in Charlotte, NC. There I participated in an extensive management internship. I had the opportunity to learn from, and work with, some of the best managers in the industry. As much as I enjoyed my time in Charlotte, I greatly desired to return to New England. I am so excited to be back home with friends and family - for the opportunity to learn and grow with the UMass Club! 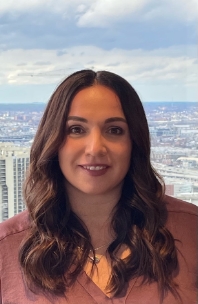 I have been working in the Private Club Industry for over 20 years, most recently at Vesper Country Club, Tyngsboro, MA as an Assistant Manager and Membership Marketing Director. I have also held positions at Charter Oak Country Club, in Hudson, MA and Belmont Country Club, in Belmont, MA. I have had the privilege of working with the PGA during the 2015 Constellation Senior Players Championship Tour held at Belmont Country Club. My passion for creating member relationships and providing an elegant environment for members and guests to work and dine in a space like the UMass Club is a dream come true. I pride myself on my ability to enhance the experience of our members with an amazing atmosphere and exceptional member services. I currently reside in Litchfield, NH and enjoy spending time with my family.

Stay in touch with your club,

Copyright © 2021 by The University of Massachusetts Club.
All Rights Reserved. City Club Websites by MembersFirst | Terms of Use | Privacy

Copyright ©2021 by The University of Massachusetts Club. All Rights Reserved.  City Club sites by MembersFirst  |  Terms of Use  |  Privacy  |  Mobile  |  Request My Information